Backflow is the reversal of the normal direction of water flow in your pipes and Plumber Melbourne system and is a problem we see a lot in Melbourne’s Western suburbs such as Caroline Springs. It can be potentially hazardous if your water supply is accidentally interconnected with a source of pollution. Those pollutants could then enter your water supply without you ever knowing.

In simpler terms, backflow occurs when there are cross-connections that might allow contaminants into the system for drinking water. Too much back pressure can also cause backflow, which is sometimes known as back siphonage.

Backflow issues are as bad as they sound. Everyone uses water on a daily basis; we literally need it to survive. Drinking contaminated water can and will make a lot of people seriously ill. So, we have to deal with the issue as quickly as possible. If the residents and plumbers of Melbourne or any other area leave the problem for too long, the results might even be fatal for some people. This is why you need the best backflow plumbing services available in Melbourne.

Other issues caused by backflows include the following:

Backflow water can strike at any time if the water system is not properly repaired and updated; in most cases, people are not aware of when and to what level they might be exposed to backflow

Why Should You Choose NLK Plumbing?

What Will Backflow Testing Tell You?

Backflow testing can help a plumber or homeowner determine just where the problem might potentially lie. Plumbers from our team can accurately tell where the high pressure is occurring and what issues are creating problems in your water system. Our trained staff will also make sure to check the automatic shut-off valves and what their status is, along with checking on other kinds of safety features.

We can’t really promise that our services will end backflow once and for all; this is a natural act and not in anyone’s power. However, we will make sure that your home or building is ready for the backflow plumbing issues if and when they occur. With such precautions, you can end up avoiding most of the health problems and property damage that might ensure from backflow water.

If a Device Is Defective or Faulty, It May:

Not prevent a contaminated source from entering the drinking water supply

Cause water to be wasted through leaking devices

Impact on the water pressure supplying your property

Get Your Backflow Plumbing Services with NLK Plumbing

In Melbourne, residents are fortunate enough to have a strong and modern plumbing system. However, even the best kind of system cannot rule out backflow water problems entirely. This is why you need to have an experienced team of plumbers at your service. Call up NLK Plumbing whenever you suspect a backflow issue. We will send out our trained staff right away.

GET IN TOUCH TODAY

Our goal is to provide the best price, plumbing services and advice

Google Rating
4.7
Based on 60 reviews 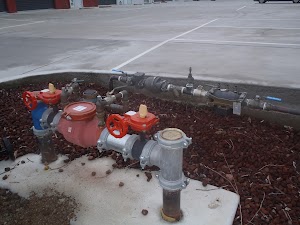 Tracie Micallef
08:24 30 Nov 20
Nathan was a pleasure to deal with.. Quick and efficient... smooth transition! Thanks Nathan!

Brad Knights
00:54 12 Nov 20
The best thing about using Nathan from NLK was that he got the job done with no fuss. No excusses, just fixed the problem and made it no fuss.Thanks heaps for the help

Shane Denahy
04:51 07 Nov 20
We have been having ongoing issues with a blocked pipe in our upstairs bathroom. This time it was overflowing. Not good. We have had numerous plumbers over the years but still the problem kept returning.Nathan removed the toilet, inserted a camera, cleared the blockage. Then he went downstairs and CCTV from the boundary trap. From this he found a sponge in the pipe from when the house had been built 20 years ago. This was the cause of our problems for the last 9 years. Thank you Nathan for going that extra yard, on a Saturday to solve this problem for us.

Daniel Nowinski
03:52 07 Nov 20
Nathan was exceptional in doing his job. I rang in the morning to get a new hot water system installed and by 1pm that day had a New one installed. Very friendly and excellent workmanship. Would highly recommend Nathan for all your plumbing needs.Cheers,Daniel
See all reviewsWrite a review